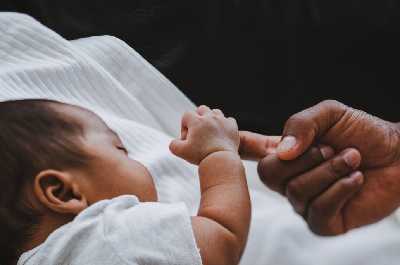 The following is a guest post contribution from one of the You Speak, We Listen speakers (Sept 2020).

I can still hear those words piercing through my ears as if it were yesterday.

I heard that vile word for the first time in my adult life while driving my car in Southern California one sunny afternoon heading back to my office in Culver City.

You see, a white man in a large pickup truck (you know like those F150 types) was driving parallel to my car as he leaned over the passenger seat,

face turning beet red,
and screaming at me.
Screaming that vile, horrific, and terrifying word at me.

Now you may be wondering why he was doing this, what could have possibly occurred that prompted this scene.

Well you see a few moments earlier; I had the green light and was driving across an intersection when this man decided to turn right on what was for him a red arrow.

By doing so he ended up in my lane and had it not been for my quick thinking would have caused an accident where I rear-ended him.

I did what most other humans in that situation would have done… I laid on the horn.

THIS apparently pissed him the FUCK off.

So, he darted into the left lane so that his car was driving parallel to mine and preceded to scream at me at the top of his lungs.

I couldn’t make out what he was screaming since my car windows were up, so after glancing at him for a second or two, I turned my attention back to the road and simply flipped him the bird.

At which point his screaming got intensely louder and it became crystal clear the word he was screaming at me.

I have to say I was startled, shocked and to be truthfully-honest scared.

That incident has been permanently emblazoned in my mind. How red he turned as he screamed that word at me 3 times to make sure I heard him before erratically driving away.

Before that day, I had never heard that word uttered to me… let alone angrily ever in my 34 years on this earth.

This was my first racial incident and it happened 22 years ago, and it might as well have happened yesterday.

That experience left me feeling numb and frightened to never put myself in a situation like that again.

It made me feel like I needed to be careful and I needed to watch what I said when I was around white people.

The most important thing that it did… that I didn't realize until much later was how it impacted the way I would raise my son who I gave birth to three years later.

When my son was born it was the happiest day of my life but at the same time one the scariest moments if not at least most uncertain in my life.

I did everything that a new mother would do to make sure that my husband Howard and I would raise him to the best of our ability.

My reality was that I was a black woman about to be responsible for raising a black male in a world that was facing some stark statistics.

At the time and still to this day, the US had the highest incarceration rates in the world and with 61% of their prison population consisting of Blacks and Latinos even though Blacks only comprised 12% of the general population.

It was estimated based on stats the year my son Thomas was born in 2001, that 1 in 3 Black males would end up in prison.

The education system was not kind to black boys either, with their school-to-prison pipeline system due to their antiquated school disciplinary policies.

Between 1999-2007 the suspension rates for black kids grew 12% whereby for their white counterparts this stat dropped.

These were the things that I as a first-time mother was thinking about before during and after my black son was born.

The thought of raising him in this world all the while protecting him and doing everything, we could do to make sure he never became a victim, or a statistic was frankly daunting.

Howard and I were, but in some ways not, typical black parents raising our black son in the inner-city borough of Brooklyn.

Neither of us were raised in New York City or any city for that matter.

Howard was born and raised in Bilston, a small town in the countryside of England, known for its coal mines, and playing a huge role in that country’s industrial revolution.

So, growing up Howard’s friend were White, Black, and Indian-Asian.  There was no difference to him between the races.  His godmother who is like a second mother to him is White.

Now I, on the other hand, was born here in New York City and I lived in the Bronx with my parents until the age of four.

Then due to the filth of the city along with its crime (and my mother being mugged a couple of times), drove my mother to decide to take herself along with her two daughters back to the island where she was born and raised in the US Virgin Islands.

Growing up there was like an oasis in comparison to the Bronx.

Fresh sea air,
room to run around,
and little to no crime.

Although the island at the time and still to this day is primarily black, [in fact it is considered the blackest state/territory of the US following distantly by Washington DC] I did grow up and attended school with whites, be they from the states or from right there on the island.

There were no civil rights marches,

…no black on black crime stats that were out of control,

…no incidents of whites calling blacks the N word,

It wasn't until I moved to the states that I was introduced to these factors and realized that I probably would have known and lived these experiences had I been raised in the states.

So here we were, a black couple from different parts of the world having never lived the experience that our black son will and preparing ourselves for that reality and doing everything in our power to make sure we did not fail.

Having to raise Thomas we had to think about and contend with things like:

For most of his school years Thomas existed without having any issues other than some minor bullying that got nipped almost immediately, I felt in part this happened because he was a cutie and because he wore glasses and most people assumed he was a nerd, a belief I rarely corrected.

By the time he reached high school, while some of his classmates were being harassed by truant officers for not being in school although they were heading there as they were on the block where the school was located, Thomas was never stopped.

He never had issues with transit police when traveling on the trains and was never harassed when he entered a store.

Thomas was able to graduate high school and attend his first year of college away, in a predominantly white town I may add, and we never had a story to tell of him being racially profiled.

That is until this past summer.

During his only 2 weeks back in NYC during the spring/summer COVID break, Thomas walked to a nearby dollar store to purchase something.

By this time, my son no longer looked like the nerdy skinny kid with glasses that he was all throughout elementary, middle, and high school.

He was taller, 6 feet…
More muscular…
and wore his hair in braids with the sides shaved close to his head.

This Thomas was stopped, accused of shoplifting, placed against a wall, and patted down.

Our saving grace was two-folded.

Even though Thomas had never had this experience before he was calm and because of how we raised him did not react negatively at being accused or at the resulting pat-down.

So, when someone tells me All Lives Matter, and that black lives shouldn’t be singled out, I say you are correct, but until our black lives matter to everyone, this movement will be needed and continue because no black mother should ever have to worry, be concerned, or prepare her child for the world today as we black mothers do.

Edie Clarke is an antiracist Black wife, mother of a black college-aged male, and business owner living in Brooklyn, NY.  She was born in New York City and raised on the island of St. Thomas in the United States Virgin Islands. Edie is an entrepreneur (edieclarke.com) who works with entrepreneurs who struggle to use videos to grow their business, their influence, and their bottom line. She’s always been a quiet supporter of injustices faced by Blacks, dating back to the ’90s when she was a member of the National Black Media Coalition. She is a believer and supporter of #BLM and self identifies as Black and not African-American.