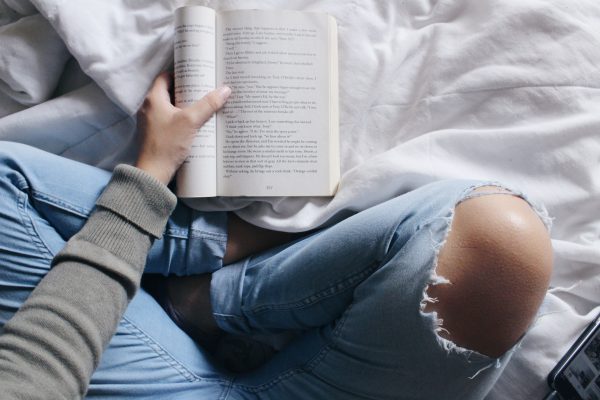 I imagine that one of the most frequently asked questions of writers – likely by a reader and a fan – is “Why do you write?” 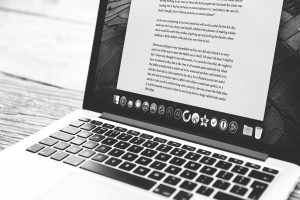 For as many writers as there are, I’m sure that the reasons are as various and abundant as writers themselves are. For a lot of us, I wouldn’t be surprised if some of our responses come off vague or flat – and somewhat disenchanting – such as:

For a lot of others, I can see their responses being one in the same vein – and going for the deeper meanings – such as:

I’ve been asking myself “But why?” a long time. Why must I write?

The ‘must’ is critical. In fact, it’s so critical, it may very well be the answer. Writing for me is necessary. Required. Mandatory.

On the opposite side, when I do write, I feel at peace. Like after restfulness and meditation or a deep breath. A nap, even, though I only imagine it’s like this as I’m not a napper. (I wish I could be. Just like I wish I liked olives. To be a napper and someone who eats olives would make me cooler somehow.)

There’s something restorative while also energizing when I have the chance to write.

I can get lost in my writing for hours. If I have hours to give. On days like that, I’m truly buzzed off the adrenaline from having given my undivided attention to this thing I love and am skilled in. Most of the time, I don’t have hours to give, but I do have minutes. Sometimes in the increments of 15 or 20.

Even just those swift power writes can have me feeling like I’ve taken care of myself for the day.

So, I guess, the “why do I write?” is because I have to. I have to because it’s critical to my own sanity, balance, health, and well-being. Because I feel more whole and rejuvenated when I do. Yes, I suppose then my reason for writing is selfish, self-absorbed. Ultimately, I write for myself. If there was no one else to write for, I would still write for myself because I must.

When I ask myself “who” do I write for, this is a matter of audience. Yes, I must write for myself, but what I choose to spend my time writing about has to do with the reader and the meaning I think it may have for them.

If I spend time working on my novel, This Book is Ours – which admittedly is more romance than anything else – I’m writing for a reader who will be drawn to this particular story. If working on my memoir, Not Happily Ever After, likely my audience is other women with similar trials and tribulations in love and finding one’s self against the landscape of stereotypical, old, heteronormative scripts about romance, relationships, and identity.

(Yes, I do see the contradiction and irony of the two works-in-progress  … isn’t that fascinating? This perhaps for another time.)

While both projects are ones I’m compelled to write because of some deep place inside me that connects with each, I also believe that they will connect with others. When the writing and revising are done, and they’re ready to leave home and establish their own lives on the bookshelves of my readers, they will no longer be about me and why I wrote them in the first place. They are now about what the reader takes from them. 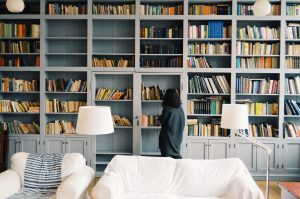 The reader now faces their own question of why. “Why did I want to read this book?”

My hope is that they wanted to read the book not because it had a beautiful cover design and a catchy title – though understandably both are required selling points – but because when they opened up the book and read the first few lines, they were compelled. When they flipped to the middle of the book to see if the writing held, they found a passage that was equally as invigorating or interesting or mysterious. In short, they were captured. I held their attention. Stole a sliver of time where they were lost in what I had to say for whatever reason it may have been.

And it’s that, the compelling nature of my writing, the captivation, the lure or hook, that is the “how so.”  So you want to write for [this reader], “But how so?”

How do you want to interact with them? Engage them? Draw them in? This is the question about the kind of writer I want to be. What type? To me, this is not so much about the genre, or even subject matter, as it is about voice, message, reach. The ‘how so’ may be more important than the why.

How you write, how you connect with the reader is more important than why you sat down to write to begin with. If you don’t impact the reader, what does anything else matter?

I’m still figuring this part out, of course. Still trying to determine my voice, my overarching message. Likely, I always will. I don’t expect that how I write will always be the same. It shouldn’t. If it does, I’ve stopped. Become stagnant. My tone, humor, perspective, will veer or grow as I do and when the subject requires that it does. The fact that the style and voice of my writing will not always be constant, this much I know. 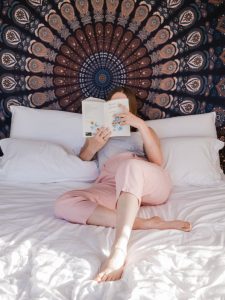 I also know how I want people to feel as a result of what I write. To feel heard while having said nothing.

Just by picking up what I’ve written and seeing themselves in it, realizing that someone ‘gets them.’ Regardless of genre, I want people to feel connected to the work. And I want to be a writer that is still- above all else – a human and person.

No matter small famous or big famous, I want people to feel when they reach out to me, that a real person writes back. A person with warmth and genuine interest in what they have to say and share. With an appreciation that they wrote at all.

I have had at least ten instances in this past year when people individually reached out to me to let me know that what they read impacted them. Then after I responded, they would say they hadn’t anticipated a response but were deeply appreciative I took the time to offer one.  As though already I’m too “big” or “important” or “busy” to take the time to acknowledge their existence and appreciation of something I’ve written and put out to the world.

Each of these instances, I have felt the overwhelming sense of having arrived. Having found myself exactly in the place I’ve been journeying toward.

I wrote something, and for these ten people what I wrote (each of them responding to a different piece) hit home. In some instances it helped them or comforted them, in others it made them feel they weren’t the only ones. In one instance, the person wrote to me with appreciation and thanks for the dedication and care I had paid to a particular topic that was deeply meaningful to their mother. 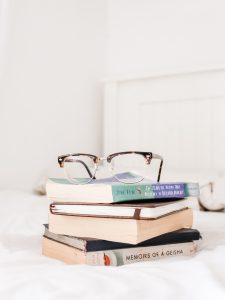 Each time I received these messages, I was stunned. Feeling disbelief that it could be me who had generated those feelings while at the same time recognizing immediately that this was exactly the type of writer I wanted to be.

With every one of these interactions, I realized that why I write matters little, but who and how I impact my readers matters much. More than anything else.

It just so happens that writing serves me, too, since I can’t go without writing. We each get something – me and the reader. What a beautiful winning strategy.