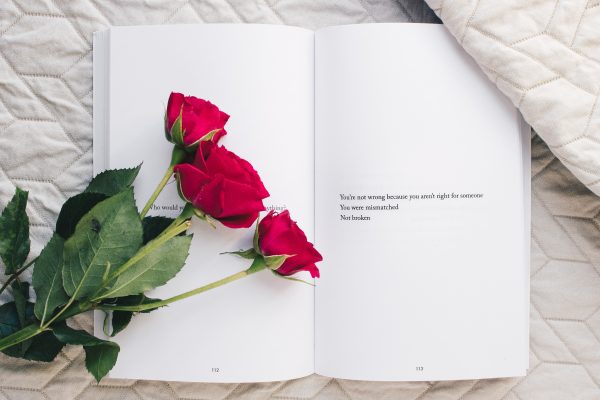 Since the divorce, my relationship expectations have changed.

Before marriage, it felt like being on the hunt. (I’m guessing this metaphor works as I’ve never actually hunted for anything. Maybe 4 -leaf clovers, but given my luck, you can guess how many of those I’ve ever found. Yeah, you got it. 0.)

I felt like a lot of the time I was just searching for the life partner. “The one” and only person to walk through life with – the thick, the thin, the death, the parting. Your soul mate.

Each relationship it was like “maybe this is it.” And then when it wasn’t, it was the heartache and then getting back out there and getting re-excited by the idea of finding your mate. The flirting. The chasing. The getting-to-know-you. Dating. The honeymoon-period.

At a certain age, a part of me was always: “Are they?” “Could they be?” “Oh, I hope so.” “It’s time. Finally.” So terrified of being left behind. All of my closest girlfriends paired-off and married before me. I felt like a straggler. And I already felt like a terrible failure in this department, to begin with. 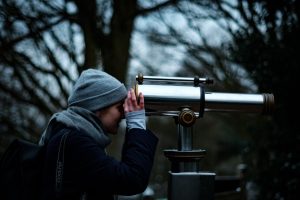 So focused on the finding part and the next phase of life part, I wasn’t really paying attention to whether I was ready. Whether I knew what I really wanted. If I even knew myself enough to be able to discern any of these things.

But I knew my age. I knew what was happening around me. I knew what I felt was expected. Now, this isn’t because my parents placed pressure to get hitched by a certain age or anything. Certainly, they didn’t want me to settle for any ole schmo or a stray cat. But some part of me felt this clock ticking.

This is likely wedded (pun intended) to the same clock that tells women that they have until 35 to get pregnant/have children ’cause after that ‘you old, Sister.’ Seriously. Pregnant at 35+ and you’re having a “geriatric pregnancy” or a pregnancy at “advanced maternal age.” No lies. The risks of pregnancy-related complications are higher. The health risks of your child, greater. Or so they would say. Not to mention you would be the ‘old mom’ on the sidelines at the soccer games. While so much of this has changed, so many women are having children later in life without complications to themselves or their babies, it’s not the thing being wildly promoted.

As a practicing feminist, I want to say that I would never have dreamed of letting these things bother me. That finding a mate, the pressure of becoming a mom, or even the age of any of these things, were not priorities. That independence, sense-of-self and the like were keeping me grounded, not my dreams of some nuclear leave-it-to-beaver bull shit that doesn’t actually exist.

Truth is, while I was worldly in a lot of ways, mature more so than a lot of my peers, highly motivated and driven, I was also stunted in my own growth in particular areas. Relationships being one of them. Not believing in myself being the other. Both closely intertwined. So closely intertwined, I’m just really realizing it now and trying to untangle it. Figure out where it started, how it started. Where is the end, or the beginning rather? I would have better luck sorting 30 sets of Christmas lights tangled into a disco ball.

I put a lot of pressure on the idea of marriage. Because in some way or shape I had been thinking about it my whole life. Seeing it on the ‘big screen’ of my mind. Looking at it through that rosy-colored lens of all the movies I had watched, the books I had read.

While I never anticipated it would be sunshine’s and rainbows every step of the way, I also had a vision that my partner and I would tackle the rainy and cloud-ridden days with a particular type of umph- a way we might power through together with open hearts and minds, incredible communication, ability to be vulnerable, to lean into each other’s strengths and hold each other up in the face of our weaknesses.

Here’s the thing with all of that. 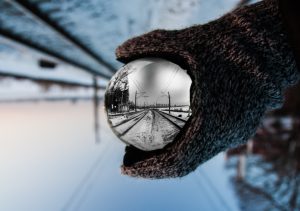 Not because it wasn’t possible or isn’t possible. I know plenty of power couples living their happily ever after. A lot of them have gone through some serious heartache, trauma, and/or trying times.

I may be a damn good writer, but interpersonally I can be a terrible communicator. A pretty good listener and support system, a cheerleader of vulnerability, and shoulder to cry on, and someone who wants to rise to the occasion to lift someone up and out of their darkest places. But I’m terrified of my own vulnerability. Of stating what I need. Of asking for help. How was I ever going to have this dynamic I imagined during the super hard times if I wasn’t bringing my ‘A-game’ even on the good days?

It wasn’t real because I wasn’t permitting myself to go after the life I wanted. To even envision it. Not really. I had told myself for so long that marriage, family, house, job were things I wanted, that I prescribed to those wants the illustrations that others around me had painted. Instead of thinking about how I would define marriage, family, house, and job for me.

It wasn’t real because I wasn’t choosing partners that called me on my shit. Partners who probably also didn’t see themselves in their own truth. Who probably didn’t ask themselves what they really wanted out of their life here.

All of this is heavy shit. It’s digging in. Soul searching. Asking about our purpose. Attempting to follow truth and authenticity. To say YES to ourselves and all our wants even if it’s in contradiction with comfortability, security, generations of ‘this is the way it’s always looked,’ or this is what culture says.

So my marriage didn’t work out. A terrible combination of factors. I’m guilty of contributing. I let myself down by failing in such a big way. I let others down, too. All of it is shitty.

But there’s been a hell of a lot of amazing transformation that has resulted. A fuck ton of strength, insight, honesty, growth. And a whole shit load of choosing me. Of trying to figure out this crazy world we live in and this wonderful life we get to live – ONCE.

I don’t want to prescribe to others’ expectations in this one life I get to live. Not anymore. I’ll have to fight like hell to combat that. To let go of expectations. But I know when it comes to relationship expectations I’ve already made big shifts.

My perspective has changed entirely.

Once you’re divorced, that ideal ‘the one’ scenario, it’s been burnt. An old love letter tossed into the flames like it never existed. But it doesn’t matter. Not really. It wasn’t really there, to begin with. A mirage. An illusion.

I don’t say to myself now, I wonder if I’ll meet someone that is going to be my “next husband and one and only.” I don’t think about remarriage as a necessary next step. Marriage isn’t the only type of beautiful and sacred relationship that can exist. It’s a function of law. It’s a function of religion. Marriages can be meaningful and spiritual and yet still not result in a written and legally binding nuptial agreement. 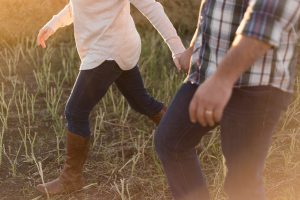 If I find a life partner, great, but I don’t see my life as having to be completed by one.

If I find an incredible partner, my focus isn’t on whether they check all the boxes but on whether they can accept me as me. BIG life and NO boxes. Cause that’s what I’m going for. My focus is on someone who is going to call me on my shit and push me to dig in and be better. Be more. Not because I’m not enough but because they know I got a whole lot more in me and they want to see me fly. On someone who is going to let me call them on their shit, too, and take it with an open heart and mind and not swallow it up as though I’ve just told them they are the worst and then crumble into a pile of self-deprecating bad juju that rubs off on their whole being.

My relationship expectations aren’t about having to share a house and live together. Or having to first check each other’s schedules to make sure we can say YES to that thing we really want to do. It’s not wondering if I can spend the money on xxx before I just do it. Or getting permission to follow my dreams. Maybe it would be nice to share a house and live together. Probably it’s not so bad to check each other’s schedules first so you can value and honor the time together. If you’re sharing the finances, I imagine it makes sense to not make HUGE purchases without the other’s consent. And I definitely want support in following my dreams but not permission. All of that is well and good if that is what we choose and define but these aren’t the things I’m really wanting.

Happiness. Wholeness. Truth. Strength. Authenticity. Love. Intimacy. Growth. This is where I’m at. 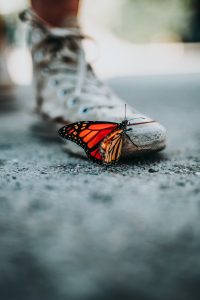 If only I could have understood these things before. Seen them more clearly.

Recently I heard from someone that the Universe gives us the lessons we need along the way to prepare us for the much bigger things yet to come. The things we have no idea about but that may cause us to go through something that evokes a feeling we are familiar with. And when we are there, in that space, going, “Hmmm…this feels like that time…” We’ll know how to hold ourselves in that space because we learned that lesson a long time ago and just didn’t know in the original moment how it was going to help us later.

I believe this with all my heart. I’ve already felt this. Experienced it.

Maybe marriage and divorce was a huge lesson the Universe gave me about the love of self, love of others, being true and real with yourself, and finding your path and purpose in life. Those lessons will transfer into some new relationship because my picture has changed.