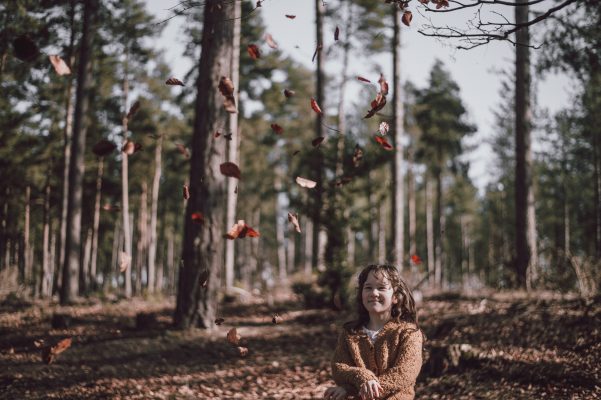 I grew up on a small court. Despite it’s size, there were two groves of trees. One grove next to my parents and the other next to my grandparents. In some respects, I grew up inside these trees more so than from within the walls of my home.

So long as there were not ridiculous amounts of snow, I was found outside, captured beneath Oaks and Maples. In the grove to the left of my parent’s house, there was a stump from a previously cut oak. It was the perfect platform for singing and dancing, making up my own songs and living the ‘musical’ life. I acted out storylines as if they were a musical and sang my way through them.

Now before you think I was a real loser, and assume I was all alone on this stump, let me just say, I wasn’t.

Two girls lived in one of the other houses on this quiet court and were my best childhood friends. When they could, they were there playing with me. Sometimes when we were not ambitious enough to create our own storylines and songs, we acted out musicals that we loved. Grease and Oklahoma were our favorites. We had these practically memorized. Line by line. Not just the songs but the dialogue, the gestures. We became Sandy and Rizzo and Frenchie. Our leading male counterparts were played by the towering trees that surrounded us.

We graduated from that grove over to the one tucked gently behind my grandparent’s house when we felt we were being watched and judged by the neighbors to my parent’s left. A sad thing to feel when you’re six. But the patch of woods near Memere’s and Pepere’s was a little more private. Though you could still see from one side to the other if you peered between the trees, there was more coverage overhead, a small path, and a pair of sawhorses, leftover from who knew what old building project.

They were just the prop to spark our imaginations.

Here we made a ‘ranch’ as we called it. We took a spool of string and tied it around a circle of trees and pretended they were the walls of our horse ranch. (This was the inspiration for my current picture book-in-progress The House Built with String). We gave the saw horses names. We knew which trees marked our bedrooms inside our cabin. And when we walked the path, we knew which tree, stub, or branch marked a certain part of our imagined downtown. 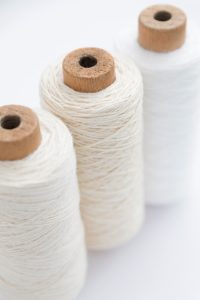 Soon we found ourselves among the characters from Dr. Quinn Medicine Woman. We sold lemonade to raise money to go to garage sales to buy a few things for ‘the ranch:’ plastic plates and cups, and other odds and ends that we stored out in the woods for each playtime. We dragged wagons of ours dolls out there so we could play house with conviction. And we talked about things that we didn’t really know anything about except for what we saw on TV.

When my friends couldn’t play, I played on my own. Made up my own storylines. Acted my own parts. Talked to the trees like they were playing the supporting roles in actual dialogue with me. The last time I remember doing this was when my cousin caught me going from tree to tree in the back yard, carrying on by myself. I hadn’t noticed him at first; I was so engrossed in my own made-up story.

A story I was yanked from when I heard him calling me names.

Memere tried to quiet him, telling him to leave me alone, “She’s not bothering anyone,” she said.  I was probably twelve. Probably entirely too old to be talking to trees and playing make-believe. Alas, I was a dreamer. With constant delusions of grandeur, dreams of adventure and success, travel and romance. It was this fire that always managed to set me apart from others. The girl who spoke to trees. Who read or wrote books in her room instead of [insert a more mainstream activity]. And who daydreamed and got lost in her own worlds.

Ridicule is tough to take when you’re about to become a teenager.

Not long after that, we all seemed to grow out of playing in the woods. We grew out of playing with each other. These things just happen, as you all know. But those memories are some of my fondest from childhood. Partially because of the love of my grandparents and family just a step away, shielding me from the real world while I created my own inside the wooden arms of oaks. 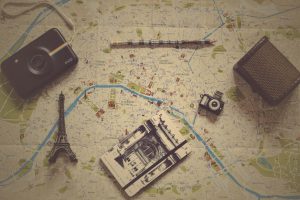 Partially because standing on a stump, making up lyrics, singing at the top of my lungs, and choreographing my own dances was one of the most freeing acts of play. An active honoring of my creative spirit living within me. It was the physical release of this spirit, this energy, that was coursing through my body, lighting my mind. There it was, just coming out through words and movement, landing into the air and floating away to be its own being.

Partially because nothing could hurt me, break me, or change me so long as I was there, within the canopy of leaves. Because anything was possible. Because I could be me.

Trees grow through all the elements. They grow regardless of who is watching and as tall and big and powerful as they are meant to be. They aren’t infallible, of course, as they can be cut. But it takes a lot to take down a tree.

Maybe then, I feel so particularly attached to these childhood memories because I look back and realize I was drawn to them is because they inspired me to grow; shoot for the sky; to stop for nothing.

I wanted to play and grow within the grove because a tree was growing inside of me.

*This is the first post in a series called Life Inside the Trees.