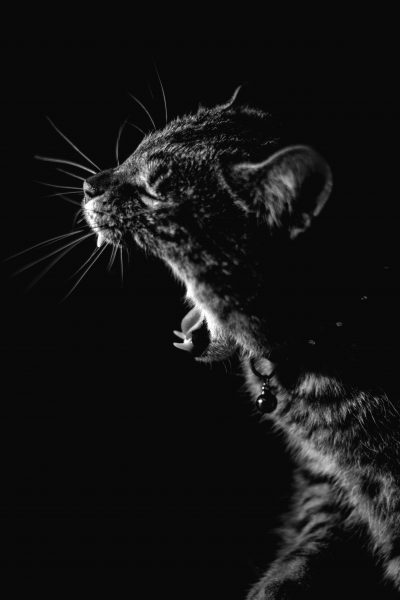 I think I swear because I’m Type A (TA for the purposes of this post). Type B people on the other hand are so chill about everything there probably isn’t anything to swear about.

TA people (as I described in a previous post) can be competitive and all about the win; racing against the clock even if no one else has told them they need to hustle or hurry; uptight or intense; assertive to the point of hostility and bullying; and have higher chances of cardiac arrest. These all seem like scenarios where swearing would come into play.

TA loses at cards. “This is bullshit! I can’t believe how fucking lucky you got.”

… heading to the Housewarming party that is an open-house style affair (which means arrive and leave whenever).

“What the fuck. Is every asshole out for a  Sunday drive right now?”

TA is sitting in front of some kids. It’s not their fault they’re five and TA picked Finding Dory as their movie to see.

“Seriously, I hope these kids sit the fuck down and shut up.”

Scenario 4: Line Cutter at the Bank…

… and it’s lunch time which means it’s busy and TA needs to get back to work as soon as possible. Why? No one knows. And then someone cuts them.

“I’m sorry, asshole. Did you not see me standing here?”

Scenario 5: In the ER

(I don’t actually know if you can even talk when you’re having a heart attack, let alone swear.)

All right, all right. Obviously these are exaggerations.

But I can see how my theory could be accurate if all Type A people were to the furthest extreme of the personality type and also really needed anger management training and a solid therapist. Being that tightly wound about everything, what wouldn’t be a cause to swear? I guess this is better than being physically aggressive, but words can be just as cutting.

Now I’m not that stereotypically Type A. It’s rare that I get upset when I lose at something, or someo

ne is being slow in traffic, or that I’m running late. I don’t get pissed off at kids in the movie theater. Especially if I’ve selected a family-friendly film to see.

I don’t have high blood pressure and I’ve never had or been around anyone having a heart attack, but I’m pretty sure I wouldn’t be finding the breath to swear. And as cathartic or as funny as it would be for my last uttered breath to be a resounding “fuck,” I’m pretty sure that won’t be what I choose to say in my final moments. (I know my brother would think that was hilarious and keep my memory alive with that one story. The story of how I died swearing.)

But I am intense, including my sense of humor. It’s bossy. It’s loud. It’s unavoidable and in your face. Swearing comings with it.

I mean not to some comedian’s extent, but I’m sure you’ve read my stuff, and you’re like, “Yeah. She’s intense.” Most people will describe me as such. (Except sometimes instead of saying ‘intense’ they say bitchy. That when they met me I came across bitchy. Well whatever. Bitch. Intense. Tomato. Tomato.) And I do like to get shit done and I’m hard on myself when I don’t. Plus, there is a pretty wide range of things that people do that piss me off or irritate me for which using any number of cuss words ends up feeling really good.

No, I don’t much care that when I swear it is considered “unladylike.” (Which I’ve been accused of being my entire life.)

Funny thing is, I never asked to be ladylike. I have never woke up wanting to be ladylike. I don’t even really understand what that means. What I think of is a woman holding a tea party wearing some uncomfortable dress and avoiding any conversations requiring a level of intelligence because her husband might be listening from the other room. Why? Because when the term ladylike or the behavior of being a lady was important and popular and a part of everyday vernacular, dresses and tea parties and husbands who didn’t trust you to speak (or didn’t want to hear you speak) were a part of the deal.

No fucking thank you very much.

Swearing is fun and it feels good. Plus it’s amazing for emphasis and exaggeration and dramatic effect. That’s kind of what my storytelling and authentic voice is all about. I’m willing to bet it’s why some of you are even reading this or anything I write. (Plus, I read recently it can even be good to teach your children.)

My favorite of all swear words is FUCK. You’ve all fucking figured that out by now. But fuck it feels good to say fuck. And no I don’t fucking care if you fucking disagree. Fuck you if you think I’m fucking full of it. Stop fucking reading my blog then. Don’t fucking come back. See if I fucking care.

Now read it out loud.

Didn’t it make you laugh and feel like you were lighter? To swear is like going for a really amazing verbal run. You’ve just sweat out all the irritating shit with a real raucous fuck-fest.

What a fucking shame.

A separate-but-related and hilarious true story for the record:

The first time I tried writing this post, I was speak-texting. The thing is, some of my best and most authentic writing happens while driving in the car which is why I keep a note book and pen available at all times (hanging out on the front seat). Some writers at a fireside open-mic recently told me that this was pretty dangerous: to be trying to scribble notes while driving, even if I’m not looking at the pad and keeping my eyes on the road. They reminded me that I have plenty of tools on my phone, requiring less multi-tasking and likely causing fewer accidents. (I have never been in an accident caused by writing while driving, or known anyone to, but they make a valid point.)

The problem is that speak-text is extremely fallible. I mean, auto correct is already a real PITA but speak-text is twice as bad. When I began speak-texting this into my phone, the original first line of this post read:

I think I swear so much because I’m Taipei.

Speak-text failed me there; it couldn’t commit to the joke it had started and so ultimately I had to abandon my plan to write this entire post about Taipei people, ending with a disclaimer that this was, actually, about Type A people instead.

This is the second post in the Type A series and the third post in the F Word series (here’s 1 and 2) and not a first post of any series.