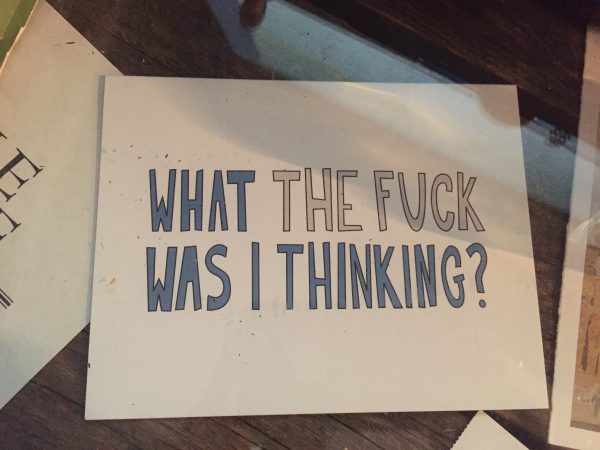 Despite popular belief, I do have control over my use of the ‘F’ word.

Most people wouldn’t know it because they have this assumption that I always shoot from the hip and don’t censor myself. Like I just talk and don’t think about what I’m saying. While sometimes this is true – especially in person – it’s rare that I’m unconscious of what I’m saying through my writing.

This is part of the reason it was slightly irritating to me when two people in one week ‘cautioned’ me on my use of the ‘F’ word while expressing myself online.

They were particularly worried about how I would be perceived as a mom by the ‘wrong’ people. They had my best interests in mind. I totally get that and am thankful for the people in my life who want to look out for me and keep me from the ‘wrong’ people. But I also felt a little bit misunderstood.  Like, Come on. Don’t you think I’ve considered these types of things? But maybe they didn’t think that. Maybe I do come across so brash in person that they couldn’t comfortably make the assumption that I would be thinking of what I say and how I say it. The thing is my use is intentional in my writing and on social media.

I’m creating an author persona for myself. And that author persona is a put-it-out-there, let’s-be-honest, I-love-the-f-word person. It’s a part of my branding. 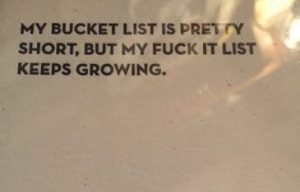 Like a comedian has a stage personality or a magician has purposeful ways of making you see what they want you to see. In other words, it’s all a part of the show. I know this. I know this is my plan, so to speak. But others don’t. They are just consuming what I’m putting out there. They aren’t thinking about the real woman behind the curtain.

People who don’t know me might ‘eat it up’ and love it. Become followers. Become readers. And this is what I want and what I need. I need people to like what I’m putting out there and to get what they can (fans). This is a part of my building a readership which agents want to see. The people who do really know me may fall into that camp (becoming a fan) or they might fall into one of these others:

1) people who are reading and following but ultimately are concerned. Concerned about how I’m being perceived because they know me and love me as “me” and don’t want harm to come to me in the rest of my life. They are more family/friends than they are fans. (also know known as, fam-friends);

2) people who could give two shits about any part of my life and hate everything I’m doing, everything I stand for, and everything I say. These folks want to create disorder or destruction for me (identified above as the ‘wrong people’ or also known as faux).

Thing is, I don’t have any control over any of these folks: fans, fam-friends, or faux. (Note that all of these classes of folks also start with ‘F’ and not a single one of them did I identify as a fucker.) Only thing I can do is decide how I behave. The only person I have control over is me. With or without my use of the ‘F’ word, I still have no control over others’ perceptions of me. People will still fall into one of the three camps. Hopefully more the first two then the last.

However, I’m a recovering people pleaser. Consequently, it was difficult when I heard the same two cautions in the same week. A part of me wanted to just nod and say, Okay, I’ll change because you both warned me about the ‘wrong’ people and therefore I must be doing something wrong. I had to fight every automatic urge to just cease doing my thing because I discovered it may be rubbing people the wrong way. The art of untraining the people-pleasing part of my brain has taken diligence and effort.

I consider it a success that I didn’t say to either of these people that I would change my behavior (i.e. use of the ‘F’ word). I did say that I would think about their warnings.

To me, this was a happy, reasonable, and mature middle-ground. I hear and appreciate what you’re saying, and I will think about it, but I’m not automatically going to change because you said something. This is my choice. So here is me thinking about ‘it.’ I’m thinking about my use of the ‘F’ word and about what my own boundaries are in using this word, not just online but generally. I’m putting it in writing so folks can hold me to it. Truthfully, this is a fine list and one that I think others should commit to memory.

Rules of the ‘F’ Word: Guidelines for Acceptable Use in Everyday Life 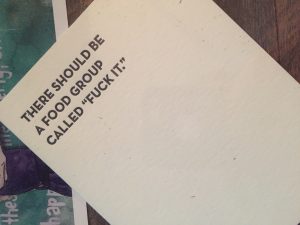 This is the first fucking post in a series about the ‘f’ word. Why? Because I fucking said so.