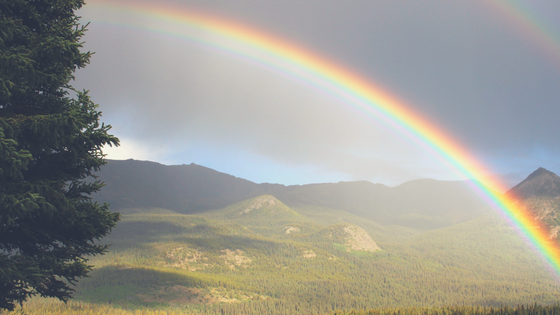 Lets assume you read the first post (Just Another Writer). If not, stop reading this right now. Go back and read the other one.  Then you’re welcomed to join us here. Here we are talking about this journey I’ve been on.

Just kidding. You don’t have to go back. Stay with me.

If you didn’t read the first post, here is the gist: I’ve always wanted to be a writer. Now I am one. Even though it just makes me another person a part of the mass of people who self-identify as a writer and are also on this journey. (Insert audience applause or booing. Whichever strikes you. Don’t much care either way because I can’t hear you. So if you’re a hater – go on and hate. I’m not listening.)

Becoming a writer has been a long time coming. As a child I filled journals with stories, often coming up with a full storylines based solely on the image on the cover of the journal. One journal had a soft purple cover with a picture of a Unicorn. (There may have even been a rainbow in the background- ironically.) And it was the only time – ever – that I attempted writing fantasy.

When we (my family) got our first computer in the house, I started typing my novels in DOS. I can still remember the way the cursor blinked on the blue screen as I typed each new letter. And then I would print them, rip off the perforated sides of the paper, and bind them in a folder with fasteners. The closer I could get to making my books look like actual books the better.

In middle school, I wrote YA novels and handed them out to friends and they would read them and pass them on to someone else. In high school, it tapered off, though I still dreamed of my “Someday, somewhere over the rainbow” I would be a writer.

Since then it’s been this off-and-on struggle to make this lifelong dream a reality. I’ve been on the journey the entire time, but with lots of missteps and wrongfully taken paths or distractions.

(I know you’re thinking, how can there be wrongfully taken paths on a rainbow- isn’t there like only one path and direction you can go? Look, rainbows are a A LOT wider than you would think and all those colors can be confusing and blinding. So don’t judge me for poor sense of direction sometimes on this journey.)

So here I am in my early thirties. (Again, for those of you who didn’t read the first post and already know this.) I know a lot of writers who didn’t get around to making their writing a priority until much later in life. I’m not saying that to toot my own horn. I’m saying it to:

2. Lay the groundwork that for me ‘long time coming’ is not so much about the number of years I’ve been alive and talking about being a writer, but the number of things I’ve experienced that have constantly set me back or thwarted me from doing the very thing that makes me feel the most like myself
a. Invalidation that writing was a serious direction to take
b. Unhealthy and unhelpful relationships
c. Lack of fortitude on my own part
d. Becoming a parent
i. Everything becomes a whole lot fucking harder (don’t mistake me; I LOVE my kid)
e. Other life shit that got in the way

So I’m on this journey. And being a writer has always been the gold pot at the end of the rainbow.

Except a lot of the time my rainbow was more like a really disfigured, drab half-circle, no sparkle, no color. All right, that is an exaggeration. (But I did say in the beginning part of my website that there would be exaggeration, so at least I’m being honest. I know, honest and exaggerating can sound a little contradictory. If you’re exaggerating, aren’t you stretching the honesty? So think of honesty as being more about the universal truth of it, not the finely tuned details regarding extent.)

I’ve lived a privileged life and continue to do so. But getting to this point of giving myself permission to write, making it a lifestyle, to share and to shout my truth, has been mostly an uphill climb. (Regardless of the stories I penned as a child or the M.F.A. I attained in my early adulthood.) I’ve had to convince myself to keep going and to REALLY take the leap. I’m not a little girl anymore. Or a middle-schooler. I’m not in college still thinking of ‘life’ as something to still get to. This is life. It’s happening now.

I’ve had to take action towards my promise to myself to become a writer – for real. To jump from the place on the journey I left off on, and slide down the rest of the way to the pot of gold on the other end. No stopping. Or distractions. No more misdirection.

I am proud to say, I jumped around January. Let my feet fly out from under me and am gaining speed as I cruise down the rainbow. I’ve been working on making writing a part of my lifestyle, building this online platform (that some of you have unintentionally stumbled upon), adding new words to my works in progress. I’m sliding toward the pot of gold.

I’m becoming a writer on this journey. Or, I already am a writer, but I’m becoming better, bigger.

I’m moving at a more rapid pace than I ever have. The end of this rainbow is still a long distance from here (you know, published books, lights, awards, best sellers lists), but I am heading that direction and it’s a shorter distance than it was three months ago. This journey requires action, movement, work. So here I am, one new post, one new reader, one more sentence, one more vow to make this happen at a time.

And I’m taking you all with me for the ride.

P.S. The Wizard of Oz is one of my favorite films from my childhood. So the metaphor of journeying over the rainbow is near and dear to my heart.