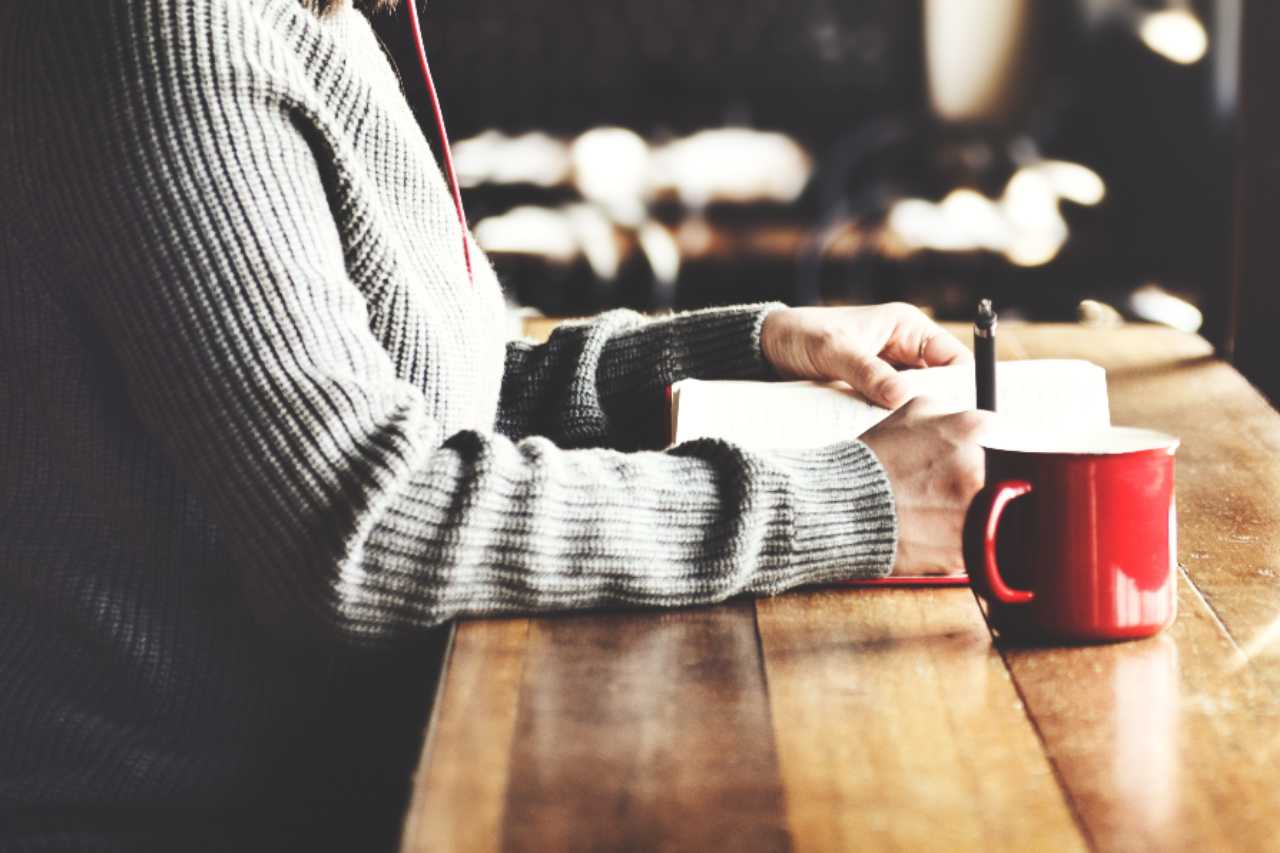 Around this time last year a beautiful book was born. It’s birthday was November 30th, 2020 and it was a long, labored delivery. It was conceived as I sat inside a conference room at a Drury Hotel in Missouri, fellow women virtual business owners all around me. We sat facing the front, hanging on every word every presenter had to share because we were all eager to make our businesses successful and to do things most of our families and friends couldn’t fathom.

HOW THE IDEA WAS CONCEIVED

There were two presenters during that conference weekend that particularly captured my attention because they both incorporated personal narratives into their otherwise business-oriented presentations. One talked about being robbed at gunpoint, her descent into PTSD and long personal transformation before she went into business for herself. Another talked about the emotionally unavailable and downright mean mother she had spent her childhood trying to impress and trying to prove herself to. I knew my own narrative, my own struggles and journey that had led me to the very seat I was sitting in. So how many more inside that room had their own tales to tell? Their own journeys? Their own stories of trial, tribulation and triumph.

In that moment, as I sat sitting there drinking in each sentence𑁋each dip of their voice, each stray tear as they got vulnerable and real with us all sitting there and staring at them𑁋I knew what I wanted to do. And it wasn’t the general sales copywriting I had been doing that kicked my business off at the start. No. I wanted to usher women’s journeys onto the page. I wanted to sherpa their stories. Midwife their memoirs. I wanted to ghost their tales of grit and victory. I knew it swiftly, instantly. It was like someone had thrown me back in a chair and plugged me in to receive a download of info I needed like they do with Neo in the Matrix.

I remember being totally overcome with want and motivation in that moment realizing what I felt called to do. And it made total and perfect sense. Not only have I wanted to write books my entire life, but I have always cared deeply about other’s stories, especially women's. I knew then I would begin inching my way towards this goal. There was just one problem: I hadn’t even written my own book yet. 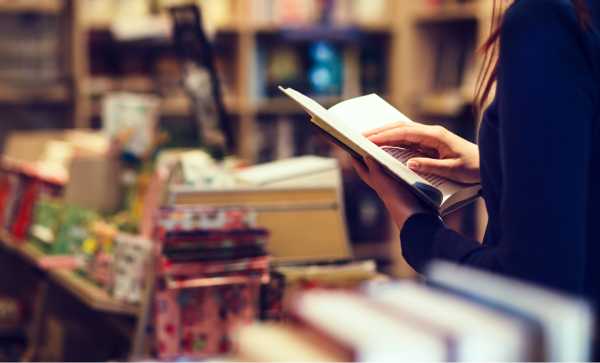 WHEN IT WAS BORN

It occurred to me that to prove my skills, to show my ideal clients that I could write for them an entire book based on their own life, that I should probably do it for myself. It occurred to me that if I was going to “sell them” on the idea that their stories deserved to be honored and owned and shared that I better not just be giving them lip service and ought to try this on for myself.

So I left that conference with two knowings instead of just one. I would coach and ghostwrite women’s stories but I would also write my very first book. The book that came out on November 30th of last year. The book that came to be titled Dear Universe, I Get it Now: Letters on the Art and Journey of Being Brave and Being Me.

The irony is that this book, while it was about a journey𑁋my journey to being more of myself and becoming the writer I always deep down know I was𑁋was also a journey in and of itself. From conceiving of the idea to drafting to publishing and promotion, it was somewhere between a 16-month and 18-month process. From blank page to book shelf, it and me were in it for a year and a half. Now it’s out there in the world and I can only hope I “raised it right” because it’s no longer just mine but yours𑁋ours.

So as Dear Universe is just about to turn one and I’m such a proud (book) mama, I thought I would share the lessons I learned on my journey of writing and publishing my memoir.

Honoring my own story was one of the most empowering and healing things I’ve ever done.

Sure, I had to go walking down some dark hallways of my past which wasn’t always a lot of fun, but there was a lot of power in being able to reframe the story as an older, wiser person who has come to the other side. In reliving my moments (good and bad) through telling them to the page, I recognize my own strength. My own heroism.

In telling my story, I strengthened not just my command of the written word but of my voice and not just on the page but in the world.

Once I committed certain stories to the page and knew others would read them, it was like the gloves came off. If I was brave enough to tell them on paper, what difference did it now make to say them out loud? My written voice was alive on the page and it enlivened my actual voice to speak the same stories and truths.

There is something terrifying and invigorating about putting yourself on the page.

Most of the fears I had about writing my book never came to light.

I feared people being upset about how they were presented in the book𑁋it never happened. I feared people judging me, attacking me online, leaving terrible reviews𑁋it never happened (or it hasn’t happened yet). I feared publishing under my real name and having old boyfriends and other people from my past creep on up and try to reconnect when I rather they didn’t. That also hasn’t happened. I worried that people beyond my family and friends might not like the book, but the book has touched hundreds of people.

I spent so much time worrying about what might happen (see the note about fear), I didn't spend any time imagining what could happen.

I never considered what it might feel like for people to love the book. To leave amazing reviews. To snatch up copies and take selfies with them and post them online. To see my name on a poster inside a bookstore or actually find my book on the shelf. To be asked to book club meetings because their club chose the book. These have been incredible highs and have brought such incredible pride in what I have accomplished.

Because I’ve now written one book and published it and I managed to do it nearly all myself and all out of pocket (no credit cards or loans), I’m way more inclined to DO IT AGAIN.

The fear of doing it is no longer there because I now know I’ve been through it before. I know my process. I know what needs to be done. More importantly, I know the thrill and the gratification that awaits on the other side.

What I learned in writing and publishing my own book makes me more of an expert in supporting others.

Not only can I draw from my own experience to provide expert advice and insight about all the practical and logistical things that comes with writing and producing a book (think ISBN numbers, pricing, cover design, front matter, etc.) but I can speak to the softer, emotional side of going through the ringer of writing a book. The self-doubt, the fear, the overwhelm, the questions about this draft or that word choice.

Just like having a baby somehow brings pride and joy to the whole family, so does a book.

Perhaps it was that my family knew how long I’ve dreamed of this that they were just thrilled to see me do it. But I get the sense when I hear one of them brag that their daughter or their sister wrote a book that it’s a little more than just their mutual happiness for me. There’s just something really cool about being related to a writer. Or so I’m assuming.

If you can dream it you can do it has never been more real for me.

I’ve dreamt of my name on the cover of a book since I was five. Originally, I envisioned this cover as being hardback with very few pictures and big cursive, gold letters across the front showing the title and my name. My book isn’t a hardcover and there is no gold, but my name is there. And my face, too! Which definitely wasn’t a part of the original vision. The thrill, the joy and emotion that I felt when I held the very first proof in my hand was overwhelming and filled me up so full that it poured over the edges of my eyes. Dreams can come true.

I was so focused on how I wanted to empower women to tell their stories by reading mine or watching me go for it, that I nearly overlooked the most important person who could be empowered: my son.

He knew I wrote when he napped or after he went to bed. He knew I was working on a book. And when that book arrived by the box full and he saw copy after copy with my face on it, his eyes got huge and excited. I’ll never forget that look. I’ll also never forget the way he said, “I’m going to write a book when I grow up and I want it to look just like yours.” My heart swelled in that moment three sizes too big like the Grinch’s. If I would accomplish nothing other than making my dream come true AND modeling for my son what was possible for him𑁋it still would have been worth all the effort, energy, time, and money.

Look, Lady. If you’ve got a book, even just an inkling of one, flickering in the back of your mind, I want to talk with you. Better yet, I want to help you get started. Getting started is half the battle. So you’ve got two choices to get going.

Two - you can join me for an upcoming FREE 75-min workshop on beginning the book on your bucket list. A primer on getting started, getting writing, and getting published.