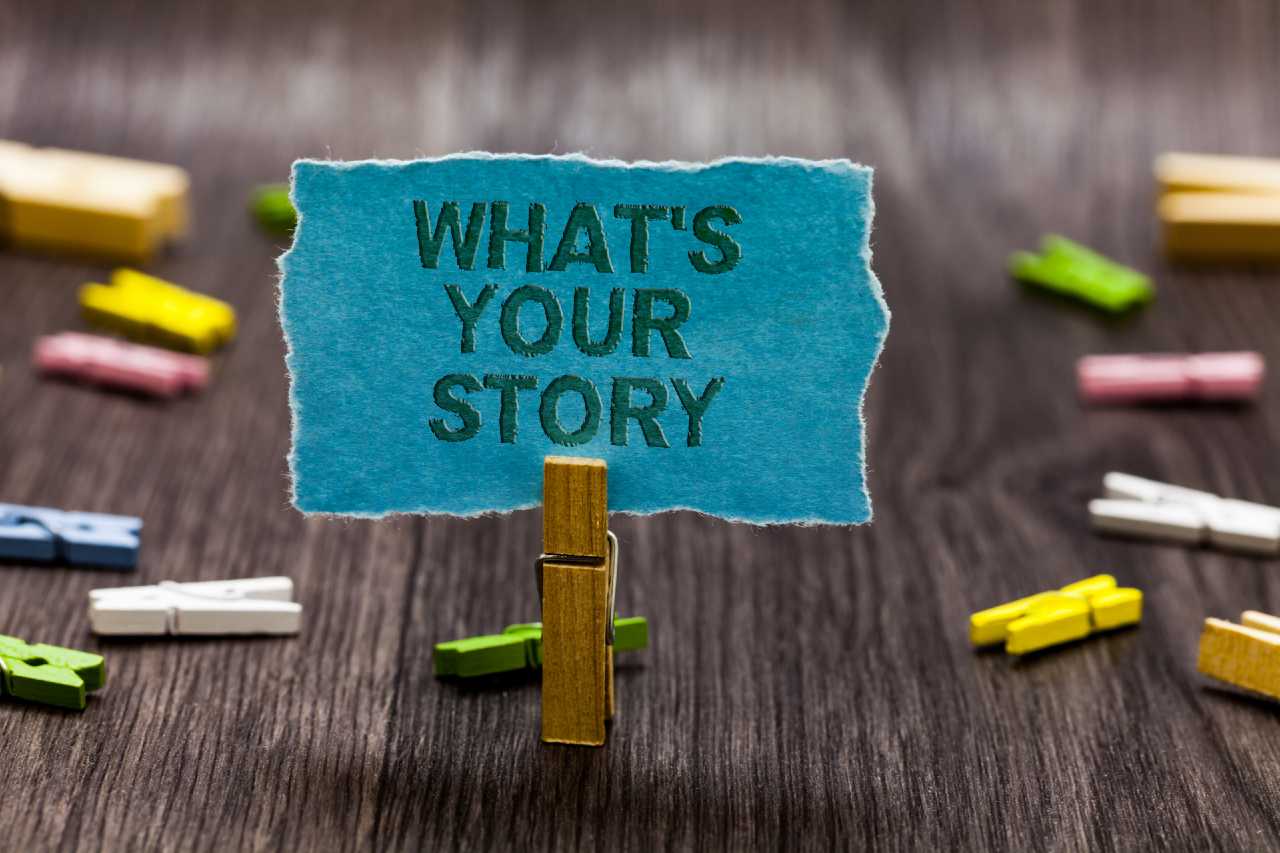 When people ask me what I do and they’re looking for my elevator pitch, I say something like “I run The Write Place, Right Time, a virtual boutique of ghostwriting services for women entrepreneurs, coaches, and speakers who want to change the world with their stories.” I’m sometimes asked if I work with men. The answer: sometimes. I’m occasionally asked what types of stories or what types of books. I usually say my sweet spot is memoir but I’m open to a business book or self-help or motivation if it includes that woman’s story. Rarely am I asked, “Why?” Why women’s stories specifically? (And no, it’s not because I hate men. I know wonderful men and have wonderful men in my life. I can be pro-woman without being anti-man.) I’ve decided to ask myself “why?” because I want you to know.

Here’s my listicle of why I focus on women’s stories and they all seem to build off one another. Like I’m stacking cards.

When I evaluate some of my own most critical life experiences, so many of them are what I would call ‘women’s experiences.’ Abusive relationships. Sexual assault. Miscarriage. This isn’t to say that these things can’t or don’t happen to others. Anyone can be a part of an abusive relationship. Anyone can be sexually assaulted. Anyone can experience a miscarriage even if it’s not their body𑁋they can be the spouse/partner or the grandparent or the best friend who suffers quietly alongside their loved one who just experienced the loss. I’m saying they are ‘women’s experiences’ because of the prevalence and pervasiveness of these things for women. In other words, they tend to happen MORE to women. More women are the victims of abusive relationships… more women are the victims of sexual assault… women who lose pregnancies are more impacted than those around them because it’s their bodies who physically experience that loss.

Not only do these three types of experiences happen more to women, but they also tend to silence women. Women often don’t talk about being in an abusive relationship, or sexually assaulted, or having a miscarriage. Women suffer silently. And while we know the stats are already staggering, can you imagine what the stats would actually illustrate if every single person who experienced any of these came forward to report?

In feminism there is a saying, “The personal is the political.” I’ve come to understand this phrase as: my experience isn’t unique. I might think it is because I’m alone living it, and I’m isolated by it, and I’m closed off to the rest of the world while I go through it. But, truly, what we don’t recognize is how many others are going through the same thing. And if we did know just how many were touched by the same trauma, we would realize that we’re not alone. Not even close. And if that’s the case, if so many suffer from abuse or assault, something is seriously broken. 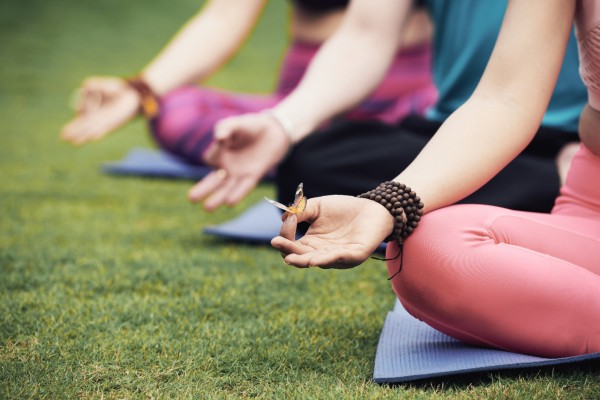 If women are not speaking because they feel they are alone or that no one will listen or, or, or, or… it keeps the loudest voices in all the rooms our counterparts. It keeps certain beliefs about women and their experiences told by people who aren’t women. And those stories (as in narratives, ideologies, cultural beliefs) are the ones that persist and prevail. We need women’s stories to even out the playing field. To swing the patriarchy into an equal sphere.

And the patriarchy does exist. It is alive. It’s why we still fight the wage gap across industries. It’s why we still see such a narrow percentage of women in our federal or state governments. It’s why we have to have #MeToo movements to fight against sexual harassment in the workplace and other violence. It’s why we have to have RAINN. It’s why we have to continue to fight for women to have the right to make decisions about their own body IN ALL CASES. We need more women’s stories. Women’s stories were what made the #MeToo movement take off and it’s why it continues. Somewhere along the way, before RAINN became an entity, there was evidence somewhere to suggest we needed it. Which means some brave women came forward to share their stories and make people recognize abuse, sexual assault, incest, were HUGE problems. But until we DON’T NEED these movements, these organizations, etc., we NEED women’s stories and their voices. We need to keep hearing what women experience. We need to keep hearing what women’s lives are like. We need to keep hearing what women have to say.

#3 WOMEN HAVE A UNIQUE PERSPECTIVE AS THE WORLD’S NURTURERS 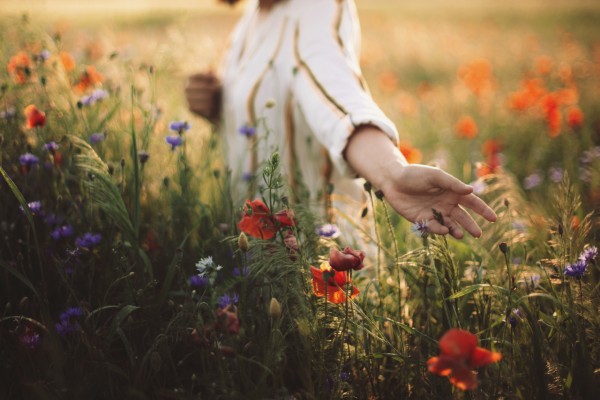 For better or worse, women have been given the role across the globe as being nurturers. Dating all the way back to cave-people days, women have been the gatherers and I’ve always seen this as being more than picking berries. They bring the community together. They birth, rear, and watch over their kin. They are the healers. Not much has changed. Even if society and the patriarchy has been a part of the sculpting of this, women remain in most of our nurturing roles. They still have a majority of the childcare responsibilities fall on them. Staying home from work when their kids are sick. Quitting their jobs or taking long leaves of absence when a family member needs extra care or global pandemics forces one person to stay home. There are more single moms than there are single dads. And even within our workforce, the careers that women go into still seem to slant towards those gendered roles that fall in those caretaking spaces.

Regardless of the reasons or the history, women carry the weight of people on their shoulders. Their births, their illness, their trials and tribulations, their deaths. And all of the complicated, layered, and messy emotions in between. All while they go through their own life, have their own thoughts and feelings, have their own things to tend to. Women have been through and seen and heard some shit. We should pay closer attention to what they have to say because I do believe that women hold the keys to change the world if we (as a global human collective) didn’t treat them as second-class citizens across the globe.

Now, all this said. I don’t expect every woman who comes to me to have a story that is about some horrific atrocity that happened to her. They don’t have to be victims of abuse or assault. They don’t have to have miscarried. (I hope to God none of these things have happened to them.) But I’m also never surprised if some trauma is a part of their experience be it those or something else. And I’m always inspired by how that trauma has often motivated them to put more good back into the world.

I don’t expect every woman who comes to me to hold my exact same views on the patriarchy or even feminism. But I’m also never surprised if we are similar because I tend to attract like-minded sisters and I want to work more with the women who align with my values and worldview.

If I were to summarize everything I just shared to one main point, one main answer to the question, “Why do you specialize in women’s stories?” I would say this: Because I believe women’s stories are the ones that can change the world and I want to be a part of that change by using my skills to empower their stories.

This is also why I wrote my own book, Dear Universe, I Get it Now. To empower women to share their stories by honoring my own. For the month of October, I’m taking this be the change idea one step further and using my book to help raise money for March of Dimes.

Just head to my book webpage and purchase directly through me. I’ll take care of the rest.