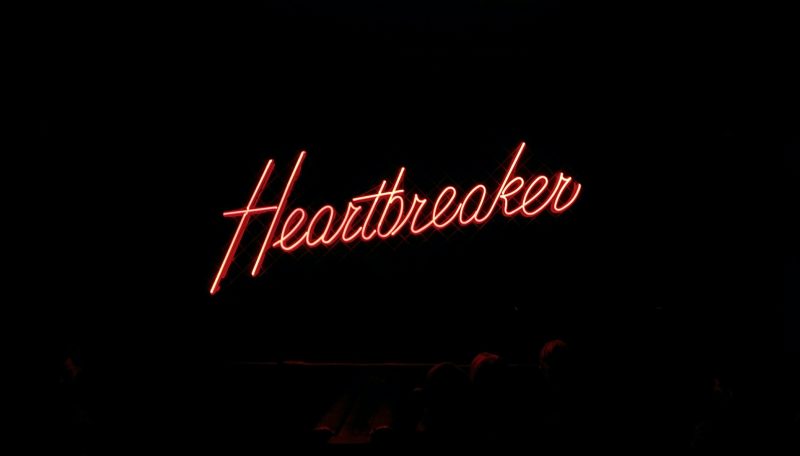 I hear it all the time when they see my son’s blue eyes and his big happy smile. “He’ll be a heartbreaker.”

This happens a lot at the pool. We spend a lot of time there in the summer months since it’s just across the driveway. People we haven’t seen through the winter even though they live in close proximity in one of the buildings near us are now out and about. We congregate at the pool. We may have met them the year before, but some of them don’t remember or they do once they see our eyes.

This I can handle. This I’m proud of.

But seeing as I’m usually in sunglasses, they don’t always know that to remark on it. So what do they go to? They look at me with that look of slight delight and slight concern. “Better watch out Mom. He’ll be a heartbreaker.”

Or a lady killer. Or popular with the ladies. Or pawed after. Or or or or or…

In my mind, I battle whether I should tell them my feelings about these phrases and why I prefer NO ONE use them, but since I know they are well-intentioned (and typically these are much older women), I often just smile or laugh.

At some point, I won’t be able to as Kay is very perceptive. He soaks all things up and spits them back out much later on after I think something has gotten by him. It could be weeks later and he says out loud something that he heard weeks before. Or he asks a question about something that I can’t even recall happening. It’s only a matter of time before he asks me why he’s a heartbreaker or ladykiller and what those things mean.

We haven’t been to the pool in weeks, but he’s recently started kindergarten. He’s currently in love with his teacher and wants to marry her which is sweet and innocent and something lots of kids go through.  And there’s apparently some other girl at school who sometimes chases him and tries to take his face mask off and kiss him. I was explaining these things to someone in a text and telling them how Kay and I have been having talks about boundaries, respect for our bodies, permission, etc. and it was like they weren’t having the same conversation as me.

They responded that when he got older they thought that those blues eyes and personality would probably make him confident with the ladies. And there it was, the echoes of “he’ll be a heartbreaker.”

I’ve been so miffed since I got that text message that I haven’t been able to shake it. So, naturally, I’m doing what any writer does. I’m writing about it. All while I try to figure out what to tell people in real life in real-time what I don’t like about that saying. I’ve got so many reasons I hate it, I don’t know how to put it succinctly other than to say, “Please don’t. I hate it.” Maybe that’s enough. Maybe I don’t owe them an explanation.

Here are my beefs with the word “heartbreaker” and other phrases with similar ideas.

I’ve been complimented for my blue eyes throughout my entire life. I can’t think of a time anyone looked at me and said, “Wow, I bet you’re a real heartbreaker.” I’ve never heard this said to little girls I know. And I’ve never heard other parents tell me they hear that about their daughters.

Why are we saying this to our boys? What’s the right response to say back to someone when they say it?

Tell me. I want to know.