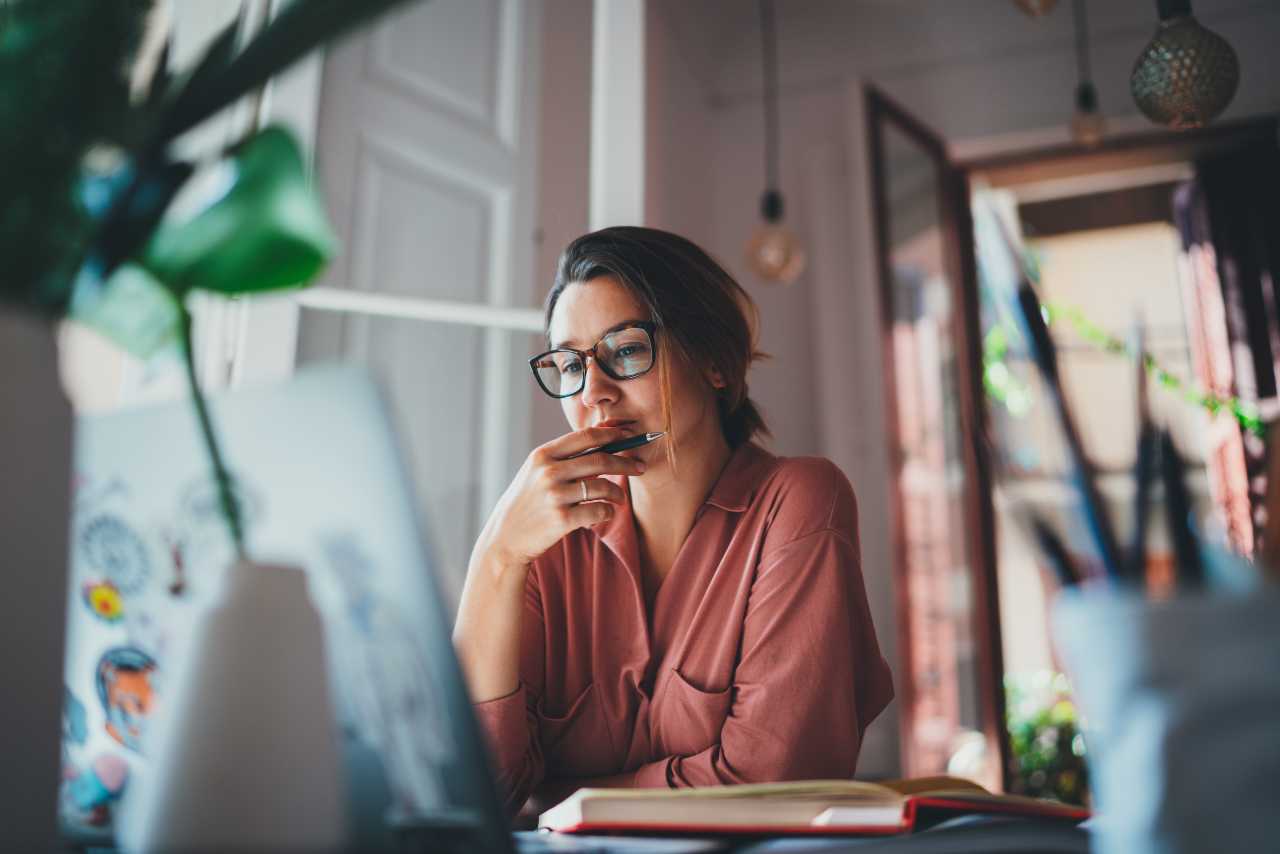 I was five when I was bit by the passion for the pen and the page. I was 11 when I wrote my first memoir. (It was terrible by the way and included a typo in the title.) I was 32 when I finally figured out how to turn my passion for writing into a living via my business (the site you’re reading this on). And I was 35 when I finally pushed through my own b.s. and published my first book, Dear Universe, I Get it Now.

From five to 35, I’ve been braving the blank page and the writing path my entire life. I’ve stared down the mental gremlin Twins (Doubt and Fear). The most evilest imaginable to creators and visionaries and brilliant people. I’ve had to think long and hard about the impact my sharing might have on my own life and the life of the people around me. The people I love.

Now I’m here to share with you the top four fears that nearly held me back from writing my memoir. I hope that something here helps you overcome your fears. Because your story deserves to be told.

#4 - What if I’m sued for defamation and libel?

I knew since the time I wrote a memoir at 11 that writing about real people was a tricky business. I knew it by the way my parents required I get permission from all my neighbors around the block that I intended to write about. I made little permission slips and placed them in each person’s mailbox and was not allowed to write about them unless they returned that form signed.

My parents didn’t tell me then that I could be sued and even if they had, I’m not sure I would have understood. Plus, the likelihood of anyone suing an 11 year old for defamation or libel was probably slim. What could I possibly say that would defame them? That they once yelled at me for riding their bike in their driveway? I assumed my parents' warnings were more about keeping peace than anything else.

Once I was in college learning creative writing formally and working toward my B.A., that’s when it became more clear that the legal ramifications of writing about someone were high. And even though we were taught ways to avoid this – change names of people, don’t provide specific demographic information, characteristics, or qualifiers that made it obvious they knew and could prove in court you were writing about them, watch what you said about what they said or did.

Of course these lines are murky. Memoir is based on one’s personal life and experience and it’s told from a lens of what happened before (the past) which means it’s based on memory and whatever little artifacts may exist inside your closet that you can rely on for accuracy. In short, there’s a lot of fallibility to retelling and you don’t want to be on the wrong side of someone.

At the same time, you’re entitled to tell your story as you recall it if you’re doing your due diligence to be honest and accurate. And certainly if something is provable – like the guy I once dated who pretended to fight in a war but actually never left the country, which was all publicized in the paper – then you’re not defaming anyone. You’ve got a public record.

I decided that I would do my best to keep things clean and consult a lawyer if I felt I was walking on thin ice.

#3 - I can’t tell the truth or use my own name until people die.

Many moons ago I was convinced I had to write nonfiction under a pen name (or alias) or quit writing nonfiction altogether and only use my real experiences to inspire fiction. Only if I wrote fiction could I use my real name.

Because I was terrified of the judgment, the criticism, the possibility of pissing people off or losing loved ones as a result of something I wrote, no matter how hard I knew I would try to be delicate with them on the page.

(I mean, I was also pretty scared of being sued, see above...but I knew that was less likely even if not impossible.)

Yet the idea of writing my own experiences under a guise felt suffocating and inauthentic and completely misaligned with everything I've been shouting about since I was young and tired of being in a family spotlighted in a small community — STOP CARING WHAT OTHER PEOPLE THINK. LET'S JUST BE OURSELVES!

When it came down to it, if fear was always going to be with me, I had to choose which felt the worst. Turns out not writing as myself (which equated to not being true to myself) was the fear I couldn't live with.

So I chose to write my truth with my name (or at least a variation of it… A.Y. are my first two initials of my first and middle name and my last name is a dead giveaway) because the risk of whatever came with that was worth facing. That was how important truth, authenticity, integrity were to me.

This is not to say there aren’t plenty of great reasons to still choose a pen name. I’m not advocating for needing to use your own name when you write your work of memoir. I’m saying this is how I came to my choice. Your choice is still yours to hold. 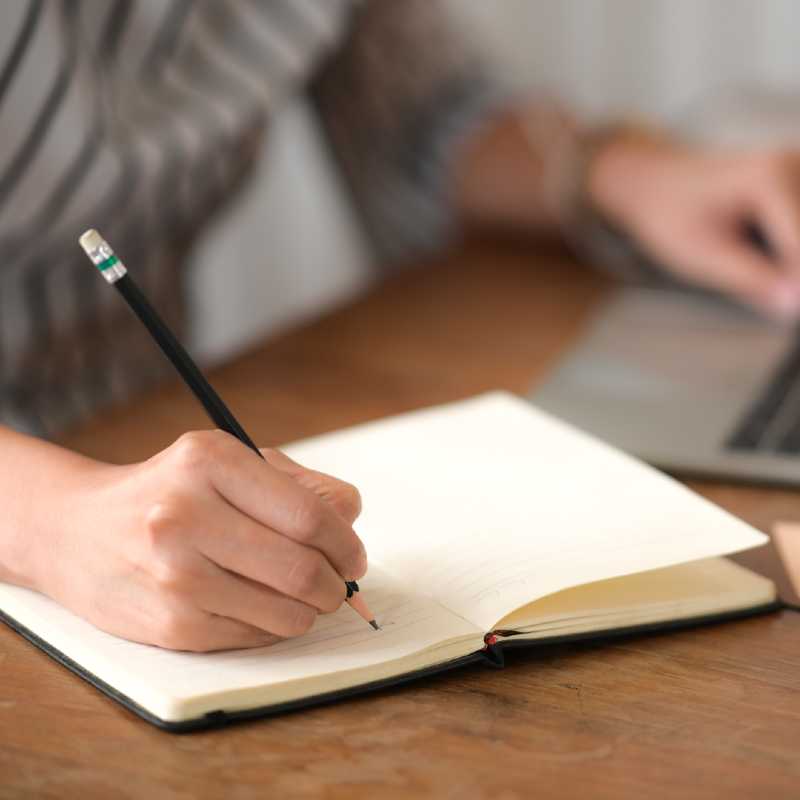 #2 - It won’t be perfect because I’m not a good enough writer.

Perfection is the enemy of progress. I’ve had to learn in every area of my life that there is no such thing as perfect. Nothing is perfect. The beauty is in the messes and it’s the journey not the destination that counts.

If I did my best to revise, polish, seek outside input from editors and readers, and put everything I knew about crafting a good story and book into my work, I would do the best I could. And the best I could was good enough.

So inspired by the Elizabeth Gilbert’s and Jeanette Walls’ of the memoir world, it seemed a hopeless endeavor to write a book that would share the same genre as these brilliant memoirists. What business did I have to share shelf space (figuratively, I’m pretty sure my book isn’t on a shelf physically) with theirs?

Yet that was not a fair comparison. They’ve had more time on the planet to have experience and time to work on their craft. Their gifts are not my gifts. Their stories are not my story. Their voice is not my voice. And, they too, had to begin their journey’s somewhere. They too, had their first books and I know for a fact that Gilbert’s first was not an international bestseller.

#1 - No one will care what I have to say or believe I have anything to offer.

The #1 thing that used to hold me back from writing my own book or putting my nonfiction out there more (apart from perfectionism and overwhelm) was the belief that I didn't have anything unique or different to say or to offer.

I thought I had to write under an alias (or pen name) in order to feel comfortable telling my story because only then was there safety from people's judgment about how drab, dull, read #basic my work and my life had been.

I was convinced that people would see my name, see that I wrote a memoir, and knowing that I wasn't that old, would be all condescending like, "Oh honey, you're just a babe. What could you possibly say? You haven't even grown up yet."

Eventually I came to realize that I had plenty to say and just because my chronological age may say 30-something, my soul and my experiences are way older and wiser. I got shit to say and I don’t care how old I am. I’ve earned my right to tell it just by being a human and having experiences worth talking about.

TRUTH: Every one of these was a load of bull shit.

Every one of these blocks or possible barriers were Fear and Doubt holding my mind captive. It was like every time I thought I was going to have the courage to throw the most epic party (read: write a book), they showed up uninvited and tied me up in the basement with duct tape, gagged me with a dirty sock, and then went upstairs to play host while they trashed my proverbial house.

I'd quit before I even got going because they seemed too much a pain in the ass to deal with.

Which was LETTING THEM WIN.

Finally one person – the right person and the right time – said STOP THAT.

And if you matter, your voice matters, and your words matter and they also matter to someone else.

Just like that, I started to get out of my own way. I started to recognize that Fear and Doubt were going to show up to the party no matter what I did, but I could lock the basement door, hide the duct tape, and put all the socks in the wash.

I needed someone to tell me YOU MATTER.

My book has ended up mattering to a lot of people. Inspiring a lot of people. And I couldn't be more proud of it or how it impacts people. (And no, it’s not perfect but it’s still fucking wonderful.)

TRUTH: Fear and Doubt haven’t gone away. I just practice living with them.

It’s a constant effort. It’s a practice to keep those twins around and not let them poop on the party. I still get worried sometimes that someone depicted inside its pages will find fault. Or that someone will recognize themselves that I haven’t spoken to in years and they’ll track me down and have an awkward confrontation.

I think about what questions my son may have when he’s older and actually reads it rather than just flip through its page and stare at the words in awe and wonder. (He’s five. He can’t read yet. All he knows is “mommy has a book.” And all I know right now is that he seems to be proud.)

But worries aren’t realities. Worries are fears that haven’t actualized. Worries are hypothetical constructs of our emotions. They take up time and energy because we’re responding to something that hasn’t actually occurred. Knowing that doesn’t make worrying go away, but it does help keep perspective and allows me to keep pushing forward.

3 MORALS OF THIS STORY:

Whether it's writing a book or going after some other dream, I hope you hear this and it unlocks something inside of you that it did for me. I hope it unlocks bravery, audacity, resilience, grit, and hope.

Go forth, Sister, and write. Tell your story. Speak your truth. Honor your experiences. Own your badass brilliance and all the messy bits, too.

Need support? Consider my Story Starter session. This is a 1:1 consultation in 90-min increments that you can book as a single session or as a 3, 5, or 7-session pack. Interested? Use this link to set up your free Coffee & Craft call so we can talk about it.

The Write Place Right Time’s blog is filled with information on how you can start your journey towards providing the perfect content for your audience. The blog is loaded with advice for people wanting to learn more about the importance of writing for their business. If you’d prefer to speak with a professional writer instead about your content you can do that here.