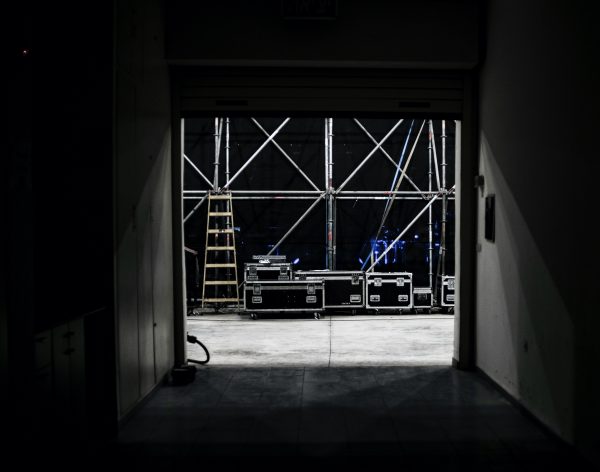 Over a delicious steak dinner, my friend and I were talking about my book.  He was saying how awesome it would be if there was some kind of reality TV episode or something by which all of my exes (the ones featured in the book, not every person I ever dated) were invited on with me. I raised him one. I told him that the ultimate goal was to have a movie produced from the book and then to be invited on The Ellen Show.

“Why Ellen?” he asked, trying to figure out what the relevancy was between my book and Ellen. There is no connection.

“Because she’s fucking hilarious and I love her,” I replied. We laughed and then continued to talk about the book more seriously. By seriously, I mean realistically, not that we stopped having a good time or laughing our asses off.

But every night since that conversation, I’ve had dreams. Dreams that my agent calls and she wants me to do The Ellen Show. And there are three scenarios that play out.

I am called out to the stage to join her. I’m overcome with excitement at meeting Ellen. We dance to whatever song she’s jiving to. And then I get comfortable on the guest-couch and try not to pay attention to the crowd of people and the fact that I’m actually on TV. I’m actually on The Ellen Show! She tells me that she’s been told by my agent that I wanted to do the show before the book even became a book. She asks me why.

I repeat “Because you’re fucking hilarious and I love you.”

And then she asks me “Why?” But she’s not joking. She wants a real answer. She wants me to prove my fandom. And she’s got a serious expression. “What was the first thing you ever saw me in?”

My mind is a complete blank. Which is ridiculous because the first time I ever saw her or knew of her was when she was in a TV show that literally is only her name: Ellen.

And instead, I say, “League of their Own. You were a fabulous Kit Keller.”

Nope, it sure wasn’t. It was Lori Petty. But she kicks me off the show and the audience boos and I’m forever shamed. And I live unhappily ever after. The book becomes a book but it doesn’t sell because I fucked up on The Ellen Show.

I am called out to the stage to join her. I’m overcome with excitement at meeting Ellen. We dance to whatever song she’s jiving to. And then I get comfortable on the guest-couch and try not to pay attention to the crowd of people and the fact that I’m actually on TV. I’m actually on The Ellen Show! She tells me that she’s been told by my agent that I wanted to do the show before the book even became a book.

She tells me how she loves it. And I beam because Ellen is a fan! My life has officially become surreal. I mean the fact that I was invited on The Ellen Show should have been indicative she liked the book, but Ellen is a good, charitable person. She could have invited me on because after reading the book she felt sorry for me. Not because she liked anything I had to say or how I said it. But now she tells me she loves it.

“I especially liked the casting notes you provided,” she says and then pulls the book out and starts to read out loud. She provides additional commentary to the commentary I’ve already left in that section. “So, how would you feel if one or more of these people were here today?” I cover my face in my hands which are disgustingly sweaty.

“Are you excited or going to throw up because I can get a bucket or something,” she quips.

I start to laugh. “I’m going to go with excited.”

And before I even know what to do, Jennifer Lawrence, and Tom Hanks, and Julia Roberts, and Susan Sarandon pop up from the audience and the crowd goes wild. And I feel like I’m going to pass out. Then there is Jay-La next to me on the couch, giving me a hug and introducing herself. Tom and Susan stand behind me. Julia comes to my other side and sneaks in, our hips touching, that wide smile, beaming. The only four words I can say are “Oh my fucking God.”

“Do you know why I’ve invited them here today?” Ellen asks.

“To say hi?” I ask and laugh at my own response as everyone else does.

Tom pipes up from behind me. “We came to tell you that we loved the book and are even more excited to do the movie.”

I stand and look at him. “Are you kidding?” I search each of their faces and they all smile.

Fuck yeah,” she says cooly and I want her to be my best friend. “I mean I’m a lot taller than you in real life, but no one has to know that.” We all laugh and I sit back down. I cannot even believe what is happening.

“Only thing I have to ask is whether you’ll consider letting me play the other therapist,” Ellen says. “Instead of Jane Lynch. I’m blond and can be awkward.”

We all laugh again. Dreams really do come true.

I am called out to the stage to join her. I’m overcome with excitement at meeting Ellen. We dance to whatever song she’s jiving to. And then I get comfortable on the guest-couch and try not to pay attention to the crowd of people and the fact that I’m actually on TV. I’m actually on The Ellen Show! She tells me that she’s been told by my agent that I wanted to do the show before the book even became a book.

Then, Ellen tells me how she loves it, but she says she wonders if everyone loved it as much as she did. She tells me she has special guests with us all today. I’m secretly hoping it’s the celebrities I named in the casting notes section of the book. Instead, she starts to list all too familiar names: the character-given names of the real exes I wrote about.

Instead, out walk the living and breathing real exes of my past. In a line. In the order of how they appear. And to be funny, Ellen has dressed them in the exact same outfit with a gigantic gold chain, a giant broken heart each hanging from it in the middle of their chests. “I’m not sure these people were fans.”

Everyone else is laughing. Except for me. Except for them. When I wake up from this scenario, I seriously consider not writing the book anymore.

If I was to rank these scenarios in order of preference, clearly Scenario 2 is the best of the three. But in second place, I would put Scenario 1.

I would literally rather be booed off Ellen for being proven to not be the uber-fan I came across as than to be face-to-face with my exes that I parade across the pages of this book I’m trying to write.

Yes, that is slightly shameful and cowardly. Or a lot shameful and cowardly. I guess this dream is trying to tell me, I better get comfortable with what I’m about to share, the things I’m about to say, the opportunities this book may present, because even if it’s not The Ellen Show, there is going to be the possibility that as a result of this book, I am faced with the exact people I’ve attempted to forgive, have failed to forget, decided to write about, and hoped like hell would make me ‘famous.’

And if it happens, I’ve asked for it. And though I hate that phrase as it is used for anything else, it is true here. By writing about these people and the experiences with them, I am inviting us all into an open space and thrusting our poor past decisions into the crowd. I’ve got time to get comfortable with this, but I do have to get comfortable.

Because if ever there comes a time for my agent to call and say she wants me to do The Ellen Show, there is no fucking way I’ll say no.

It’s Ellen! It’s an obvious answer regardless of what happens after the cameras roll, the dancing is done, and I settle into her couch.

1 thought on “The Dream: My Agent Called, She Wants Me to do The Ellen Show”