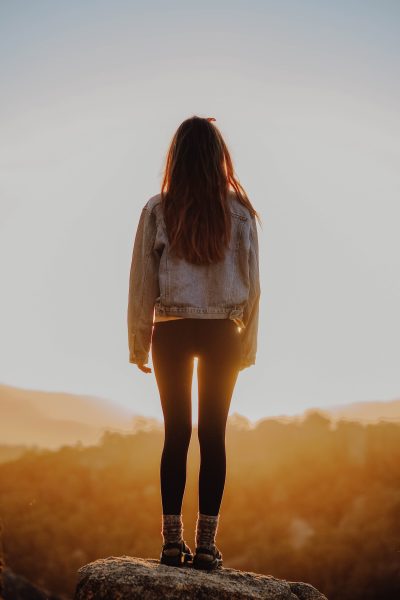 I saw a woman picking her leggings out of her crotch and I thought that’s kind of disgusting and then I noted how she probably shouldn’t be wearing leggings to begin with. At least not with such a short shirt. This breaks one of my legging rules. Now before, you jump all over me, I did catch myself when I started to think these things, so just go with me here. I’ll get there. I promise.

This post is about legging rules and judgment and my imperfect feminism.

It’s hard to say if I was body-shaming her because she didn’t have the figure that most leggings were made for or if I was merely judging yet another human being who wears leggings as if they were regular pants. (This is also against my legging rules.) I believe that leggings were not really intended for most figures and that makes the creators assholes. Like every other fashion trend, everyone will want to wear that look whether it was created with our body type in mind or is flattering to our figure at all. As a practicing feminist – which means I’m not perfect all of the time – lets assume I was not body-shaming her but that I was judging the way the leggings were being worn. (I guess since I was judging I’m my own kind of ass hole either way.)

Here are my legging rules:

Black leggings and brown boots are a no-no.

I know the fashion industry and celebrities have determined that a pair of camel or cognac colored boots can be worn with black leggings and this is trendy but I still can’t understand it. Why? Because I grew up with my older sister telling me you don’t wear black and brown together just like you shouldn’t wear red and pink together or black and navy. I always trusted her. She seemed to know these things more than I did and care about them more. I relied on her for fashion assistance.  When I see people with their mixed browns and blacks, I think of her in my bedroom when I was a teenager picking out my clothes and offering the dos and don’ts.

Leggings should be paired with mid-thigh/short dresses or long shirts.

Essentially leggings should act as a complement to the rest of the outfit, like tights or nylons. They aren’t meant to be worn as a standalone item like jeans. And certainly if they are so tight they’re showing off the shape of your lady bits and every other private curve (or crevice) of your caboose than not only are they not the right size, but they definitely should not be advertised like the main event of your body presentation.

Even the skinniest woman does not look that great with a cropped shirt and their mid-drift on display while also in skin tight leggings. This to me has nothing to do with being able to pull off the look, but more that the look itself seems a cry for attention. Of course, since I specifically called out the “skinny bitches” (as they are terribly known as by real-figured women) the implication is that full-figured women should never wear these items together or at all.

Having such legging rules makes my feminism imperfect. Why?

None of these things should even matter. If a woman feels comfortable and confident in her leggings (or clothing generally), I shouldn’t give a fuck, say a word, or pass a judgment.

Honestly, most of the time when I see a woman rocking an outfit that I would never have dreamed to flaunt or try, I’m usually pretty envious and want to give them a high-five. When I see real-figured women walking confidently in an outfit that I would feel too self-conscious to wear, I want to run up to them and say, “You look fabulous!”

Note my definition of “real-figured women” is women with real shapes and curves and body types, not the ones typically featured on the cover of magazines.

“Oh, and fuck the man!” Screw the institutions who say that women have to look a certain way and then use that unrealistic standard to saturate every market and industry possible (fashion, beauty, media, music, etc). Women are drowning in images and messaging about how they’re supposed to look. Apparently we are supposed to look gaunt, thin, well-rested and wind swept, always wearing very impractical outfits for the contexts we are placed in.

However, when someone is wearing leggings, it’s like I forget about all that. I go into eye-rolling-judging-bitch face.

My imperfect feminism rears its ugly head. I’m a leggings wearer, but I abide by my legging rules above. The one exception: in the comfort of my own home no legging rules apply.

Back to the woman; I’m watching her pick her leggings out of her crotch and I catch myself. I catch myself judging and then I look at the man she’s talking to and he grabs himself and yanks on the front of his jeans. This, of course, nearly sends them sliding to his ankles because they aren’t completely up over his ass to begin with.

Men pick their clothing around their crotch ALL. THE. TIME.

Actually, they pick their crotch through their clothing. When they do this and I witness it, it doesn’t launch me into any kind of rant or judgment about their etiquette or personal fashion choices. I accept – begrudgingly -that men can be slobs and can constantly touch themselves in public without even thinking about it and without anyone bringing it to their attention. We shake our head or look away, but we let them do it. It’s “normal.”

I mean a lot of the men v. women debates end in “that’s not fair” so this is a very small one in comparison, but I kind of feel like there’s a way to even the score here. It’s really rather simple and obvious.

If men can pick their crotches. Ladies can, too.

Go ahead, girls. Pick your butt, scratch your crotch, readjust your bras. Adjust your clothing from the places that it’s stuck because frankly some man somewhere is the one who came up with the idea of thongs and leggings and weird bras that are causing discomfort to begin with. (I actually don’t know this specifically. Google would tell me, but for the purposes of this post lets just pretend it was a man.)

If men can readjust their junk while it’s nicely tucked in comfortable, breathable, substantial (as in enough material to cover all parts) underwear, you can, too. Even though truthfully it’s totally unbecoming to pick your clothes out of your private parts – whether you’re a complete stranger or completely romantically involved – who the fuck cares. There are far worse things. Go ahead. Pick at the clothing covering your genitals while you’re in public. My dad would say “That’s not very lady like,” but I never gave a crap about being a lady; never said I was one; never have wanted to be one; and, as a reminder, it’s not the fifties any longer, last I checked.

We don’t need clothing shoved in places that are going to cause discomfort or yeast infections. So if men continue to pick their parts, you pick yours. If someone somewhere is going to continue to insist that leggings are appropriate fashion for women, then ladies flaunt them however you want. I remove my judgment. Be yourselves. Let it all hang out.

(Please do consider the top three rules though. Regardless of being an imperfect feminist, I think these are good things to consider.)