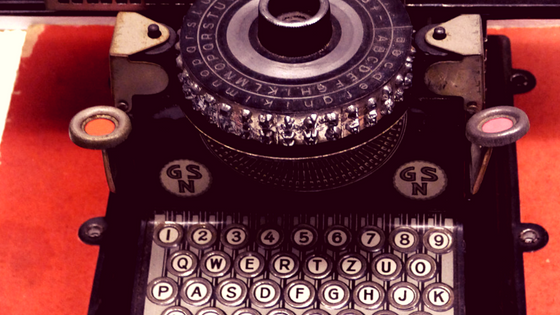 If you’re here reading this, then I’ve actually achieved something. I’ve accomplished some sliver of a 33-year old dream-in-the-making to become a writer.

(I know, like we need another fucking writer. Especially here where I live. We’ve got more writers percapita than nearly any other state.)

And a writer needs readers. Guess what? That’s you. You’re my readers. THANK YOU!

(Or maybe just one – ‘reader’ singular – if you’re the only person to stumble on to this post. If you’ve done so accidentally, please do not contact me to tell me. Let me just see your little number in my Google stats or whatever and allow me the privilege and glory of giving myself a high-five because I “got one.”)

Most writers will say they’ve wanted to be a writer since they can remember, or since they could write even some semblance of a word, however atrociously misspelled. I’m not an exception to that, unfortunately. Again, I’m just another writer.

I’ve got that same cliché line as the rest of them. As such it makes me sound no different than the rest of them which isn’t really the point now is it? It’s all about what new and distinct thing we bring to the canon. How is our craft different than all those before us? How are the stories we write more invigorating than the last? It’s easy to say, “I’ve wanted to be a writer since I can remember,” even for those who write poorly or have no business writing. That line can be said about those who’ve never studied the craft and by those who have M.F.A.s. There are folks in both camps – formally educated or informed by life and practice – that are worthy of the ‘W’ title and those that are not.

Where am I going with this? I’m going here. To this point:

I’m not a phony. As lousy as my cliché line is, I’m not lying. I’m not lying about the fact that I have felt compelled and called to write from the beginning of my time. I can even prove it. (Exhibits A and B below.)

This is how long it’s been that I’ve been telling myself that this is what I want to be when I “grow up.” A(nother) writer.

(Okay so maybe the baby photo is a stretch… I mean, I obviously didn’t put those glasses on my face or place myself near that typewriter. I don’t even know whose typewriter that is, honestly. So this picture may be a more accurate illustration of how long I’ve dreamed of this.)

Well now I’m “grown up.” (Mostly.) And I’ve grown out of constantly talking about what I hope to achieve. I’ve grown up to the place where I put action to promise. In short, I finally got tired of talking about being a writer. I decided to do it.

(That’s how this whole website and blog finally came to be. I decided to get off my rump.)

Now this isn’t to say that I haven’t been inching my way this entire time. I have an undergraduate degree and M.F.A in creative writing. Those were conscious decisions to pursue this passion. I’ve been serving on the Board of the League of Vermont Writers for a handful of years now. That has been a conscious commitment to my craft and my writing community. I’ve pitched projects to agents and I’ve dappled along the way with my projects on the side. I’ve let notebooks become filled with project ideas and notes for an author platform “someday,” but none of this has been enough.

My writing has been this casual fling on the side, that I have wished for and wanted to become a serious relationship, that I’ve thought about constantly, but that I haven’t put enough committed time to. Well, why not? you ask. Oh, my readers, that is a very long answer. A very long answer that, for me, connects to everything in my life somehow. And there’s time to spend here learning about that answer. You’ll learn even more if you read any of my work when it becomes available fresh off the press or in theaters near you because it’s been turned into a motion picture. (Hey, if you’re going to dream, make it ‘big famous.’)

This post isn’t really here to answer that question: why have you not been more serious about this? This post is to say:

I’ve made it a little further. I’m another writer. I’m claiming it.

And I’m truly bulldozing forward in an unabashed blaze, with commitment and promise and no request for permission from anyone, to make the dream I’ve always had a successful reality.

Finally, I’m at a point where I’m actively walking towards the voice that says: Be brave. Be you. It’s time.

I’m another fucking writer trying to turn that childhood dream into adult reality.

Walk with me. It’s going to be a raucous good time.